“His proclivity for both monumental and historic performances is well known, but with his latest Project, 32-year-old Marios Joannou Elia, once again, exceeds all limits.” 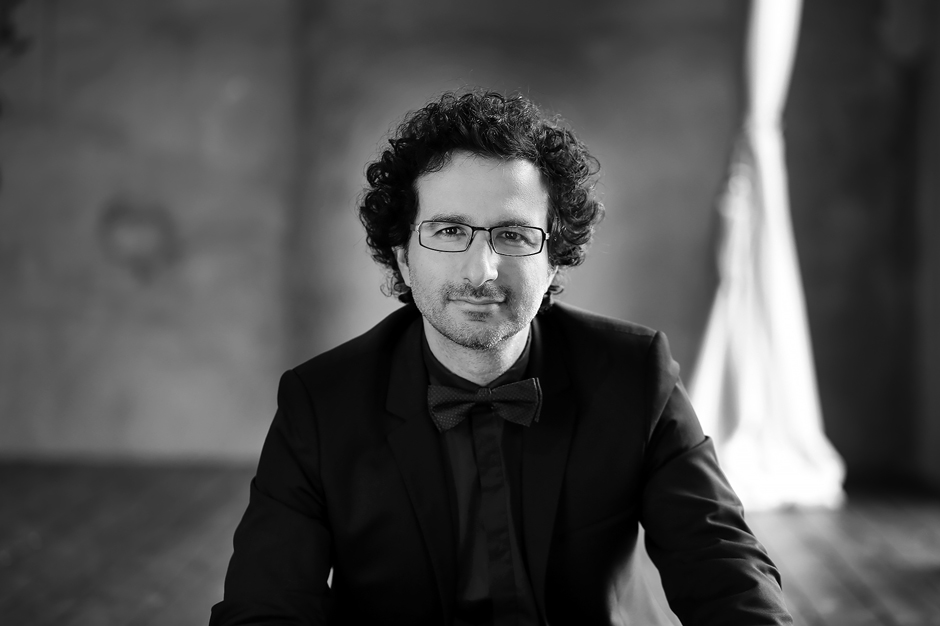 Marios Joannou Elia (1978) has surpassed the customary boundaries of contemporary music to become the first composer whose singular work, the open air multimedia symphony AUTOSYMPHONIC (2010-11), was performed in front of a live audience of 20,000 people, achieving 55 million television viewers and two billion media contacts worldwide. In addition, he served as artistic director for this large-scale production. His work encompasses compositions in many diverse genres and backdrops for opera and modern concert including multimedia and eminent projects for cultural events. The central concept of this work, The Concept of Polymediality (2003), is based on a qualitative polymediality that is comprised of two dimensions: the work-immanent compositional dimension and polymediality (alongside all the associated media) during the process of staging.
[Read Essay] [Read Book] 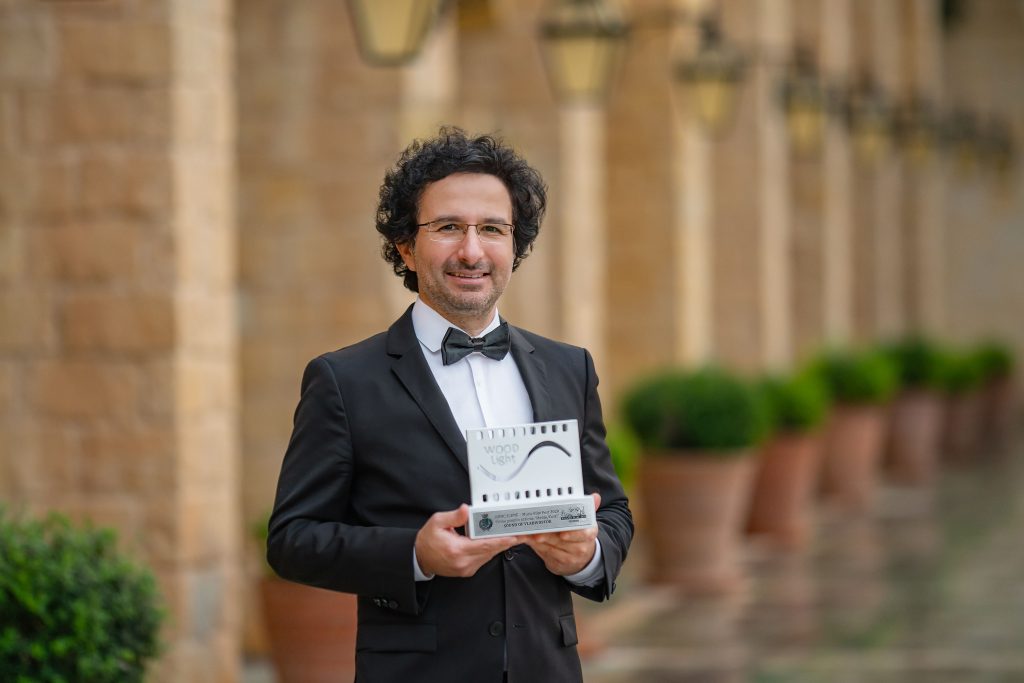 Sound of Vladivostok, representing the Sonic Scene of Russia, has been awarded the Grand Prix of Sonic Scene Music Film Fest – out of 92 movies coming from 33 countries. Festival director, Lucio de Candia: “An extremely unique and original movie. Of course there are other examples of tracks in which ‘music’ is created by environmental sounds or by sonic elements of everyday life, but in this case the author created with high precision an audiovisual mosaic that shows, at the the same time, a fascinating atmosphere and a social portrait.” [Read More 1]  [Read More 2] 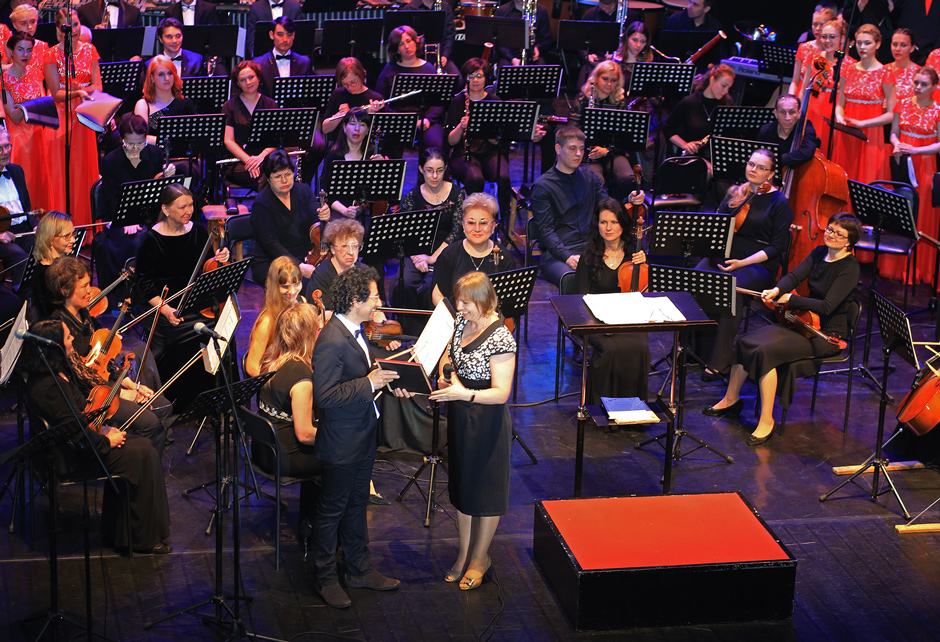 7 International Awards within 7 Months in Russia

Honoured by the Government of Primorye and the City of Vladivostok

“Cypriot composer and director Marios Joannou Elia is notching up one success after another in Russia where he has received seven awards for his artistic contribution and work since January. In June, Elia was the honoured guest at a festival ‘Man and the Sea’ organised by Russian State TV at Vladivostok where he received the festival’s prize for ‘Sound of Vladivostok’.” [Breaking all Award Winning Records] [Cypriot Composer shines in Russia] 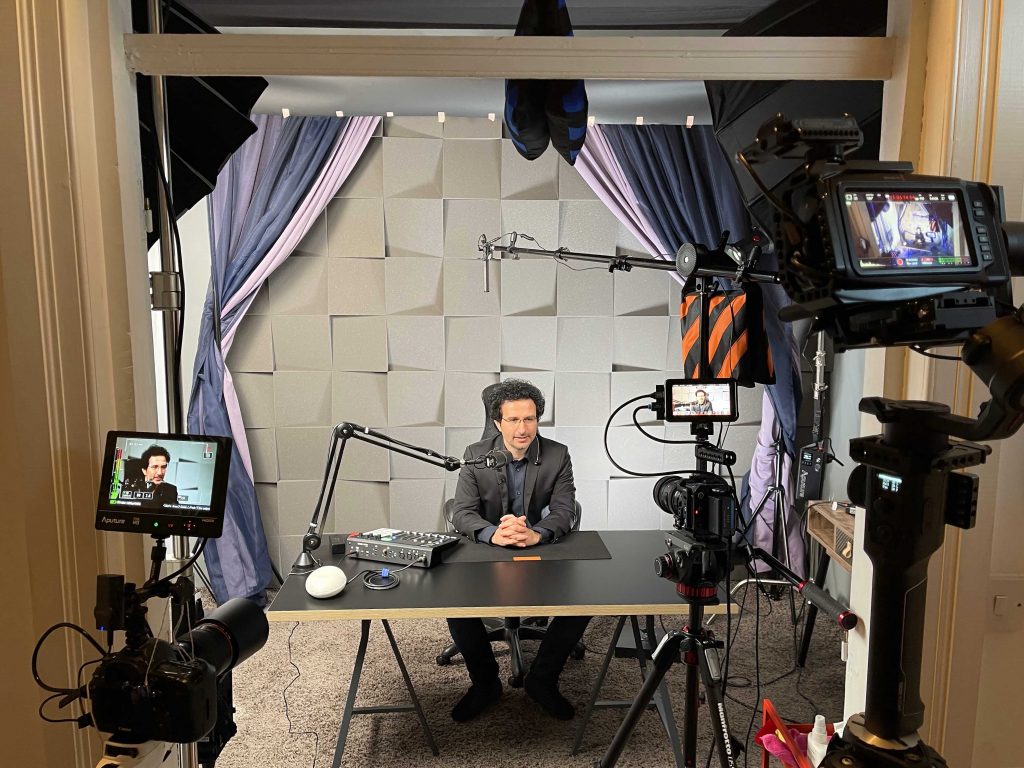 WAVAYA – a leading company that produces high-end in-ear monitors made of fine glazed porcelain – will release a new model inspired by Marios Joannou Elia. The MJE Signature Model has been under development for a year now. The release and its commercial sale worldwide will begin mid-2021. [WAVAYA]

Commissioned by Primorskaya Regional Philharmonic Society; in honour of the cruiser Varyag and Russia’s Pacific Fleet; dedicated to the City of Vladivostok. 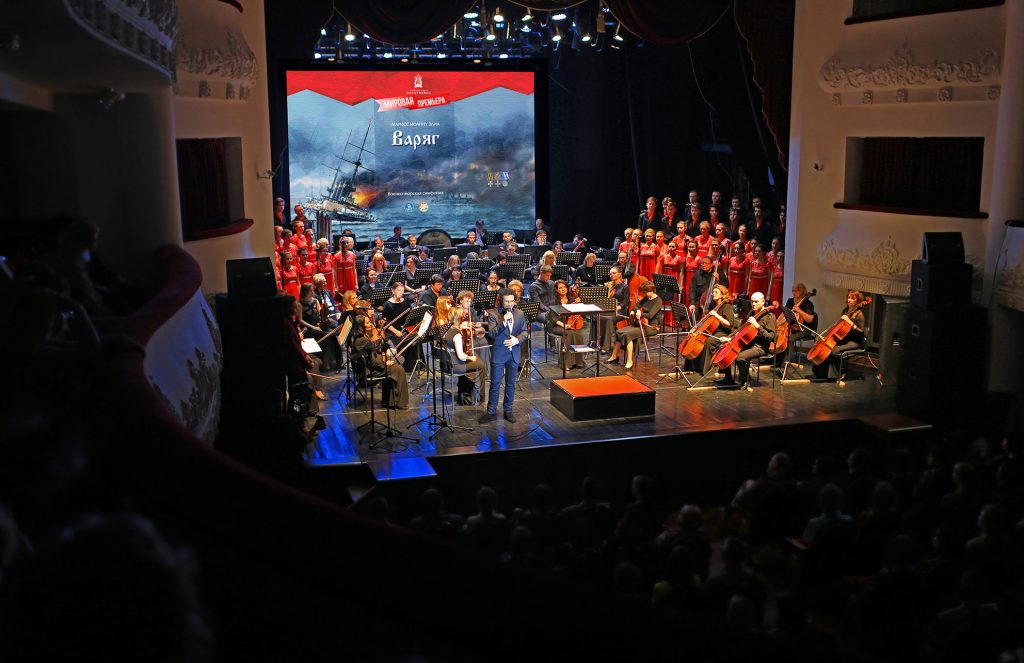 STAGING THE JAPANESE CITY OF KYOTO

commissioned by the Agency for Cultural Affairs, Government of Japan

“Sound of Kyoto” is a contemporary acoustic portrait of the Japanese city. The entire Kyoto is the scenery and the stage on which the music is performed and the city’s “own” voice is heard. Several institutions take part – like City of Kyoto, Kyoto Arts and Culture Foundation, Kyoto Art Centre, De Sisti Italy, Roland, Sony, and V-Moda. It is supported by the Agency for Cultural Affairs of the Government of Japan. Elia composes and directs the project, which is currently in production. [Website] [Facebook]

The involvement of musicians, music groups, artists from all different disciplines and genres, artist collectives, recording engineers, institutions, academies, schools, businesses, etc. is an important aspect of the project. In other words, “Sound of Kyoto” aims to mobilize the entire city, its citizens, its musical and artistic potential. [Call for Participation] 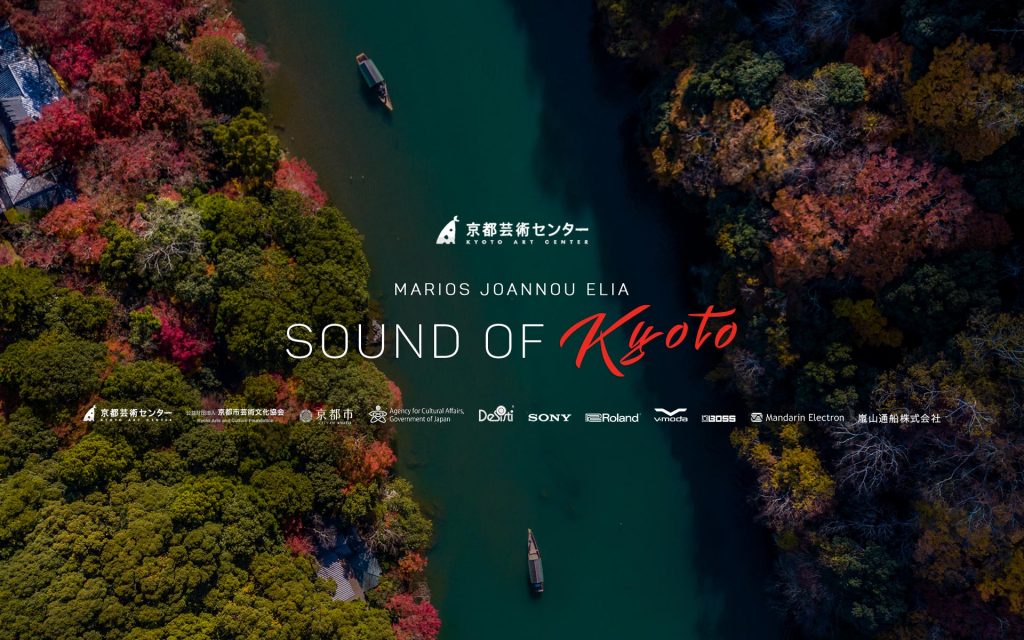 “the world’s first audiovisual portrait of a city” (Interfax Russia)

Founded in 1860 as a military post, Vladivostok, Russia’s gateway to Asia in the Far East, has a turn-of-the-century charm. After it had been cut off from the rest of Russia and the world for decades, to protect the Pacific Fleet, the ending of the Cold War allowed the city to open in 1992.

Ranging from the modern landmark of the city, the Zolotoy Bridge, to the tiny musician’s apartment reminiscent of Soviet era and the Tokarevsky Lighthouse at the end of the world where the land ends and the Japan Sea begins; the entire city is the scenery and the stage on which the music is performed and the city’s voice is heard.

Seasonal changes affect the acoustic and visual scenery of the city, especially from winter to spring. The project’s recordings were made in severe weather conditions of up to -15º Celsius at the frozen surface of Peter the Great Gulf and hazardous situations across the icy sea and at the prow of a moving naval vessel.

A wide variety of musicians take part, amongst others, a theremin player, a rapper, eight conductors and 13 music groups encompassing a symphony orchestra, a brass band, Russian traditional instruments, diverse percussion ensembles and choirs. In addition, recorded sounds that represent the distinctive character of the city are harmonically incorporated into the music. [Website] [Instagram] [Facebook] 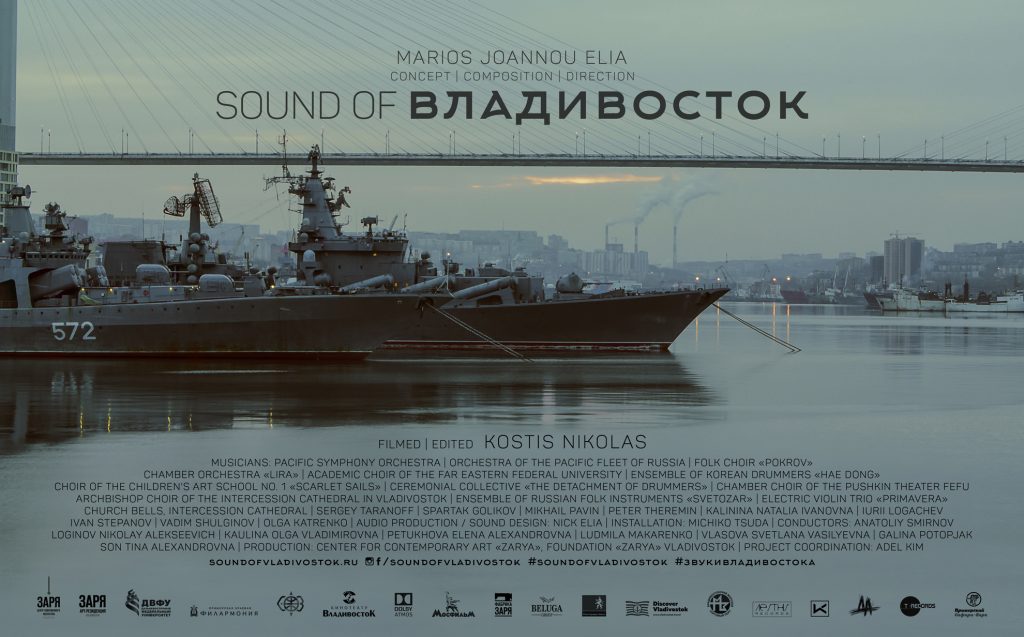 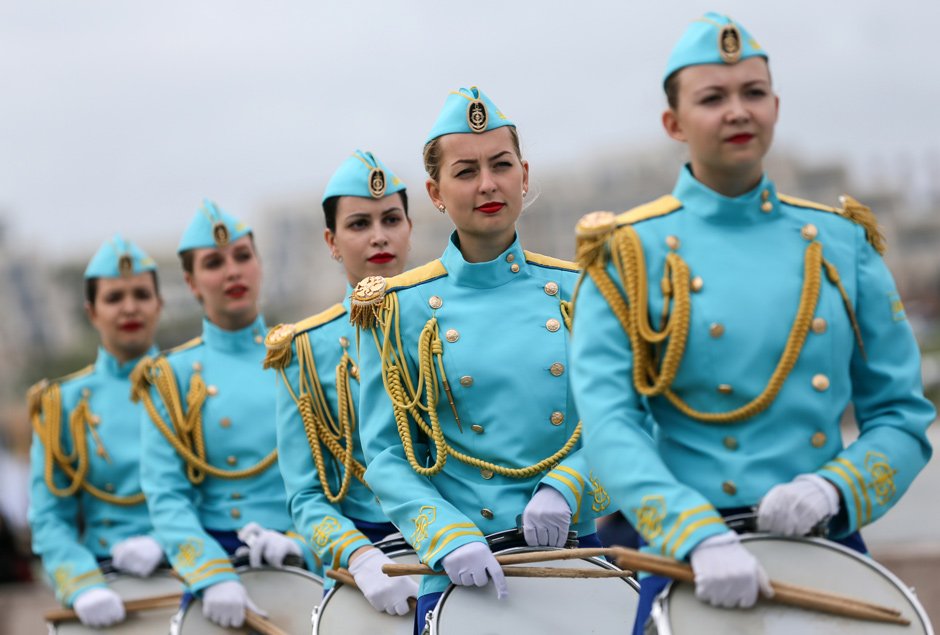 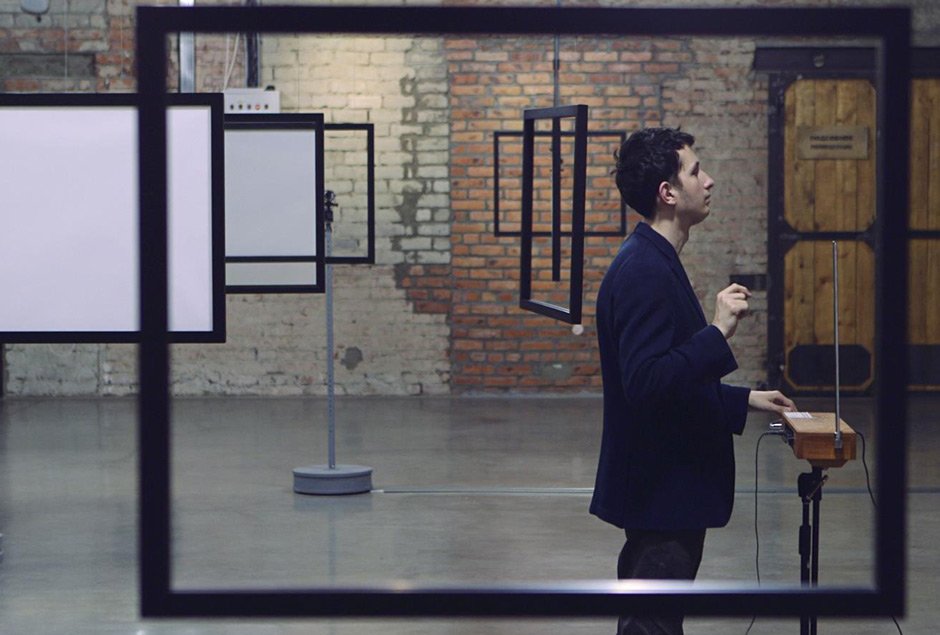 “Elia is considered in the music world to be the man for monumental events.“

Matryomin is a kind of theremin – a Russian matryoshka, in the case of which the antenna that controls the height of sound is hidden. The composition of MATRYOSHKA was dedicated to the 100th anniversary of the invention of the theremin, created by the Russian inventor Léon Theremin. Besides Kobe, it was performed at a memorable concert in Tokyo, Osaka and Yokohama under the direction of the matryomin inventor, Masami Takeuchi. The events were initiated by Mandarin Electron in cooperation with the Japanese Theremin School and the Russian Theremin School. A music video that commemorates this achievement will be published by mid-2021. [Read More] [Theremin News]

COMING 2021 AT KODALY CENTRE IN HUNGARY

Pannon Philharmonic commissioned Elia a new trumpet concerto, entitled “Trumpet of God” with a duration of 30 minutes, for the “Day of the City of Pécs” – for trumpet solo, large symphony orchestra and choir. It will be premiered on September 1, 2021 at the Kodály Centre in Pécs: Peter Solymosi (trumpet), Pannon Philharmonic, University of Pécs Choir (cond. Tamás Lakner), cond. András Vass. [Read More]

COMING 2022 AT PRESIDENTIAL PALACE IN CYPRUS

commissioned by the Presidency of the Republic of Cyprus

“Elia composed an oratorio dedicated to the mothers of missing persons which will premiere on July 20, 2022 at the Presidential Palace. The composer told the Cyprus News Agency that his work “highlights and illuminates in an innovative and creative way not only timeless values but also the cultural universality of our country, as well as motherhood as a universal symbol.”

He said that for Cyprus and internationally it was a historic event, “as this kind of authentic artistic aesthetic and content is presented for the first time on the island and hopes to leave its mark.”

The main contributors are the Presidential Palace, the Ministry of Education, the cultural services and the Cyprus Symphony Orchestra Foundation. The project is being implemented in cooperation with the Archbishopric, the Theological School of the Church of Cyprus and the European University of Cyprus.” (Cyprus Mail) [Read in Greek] [Read in English] 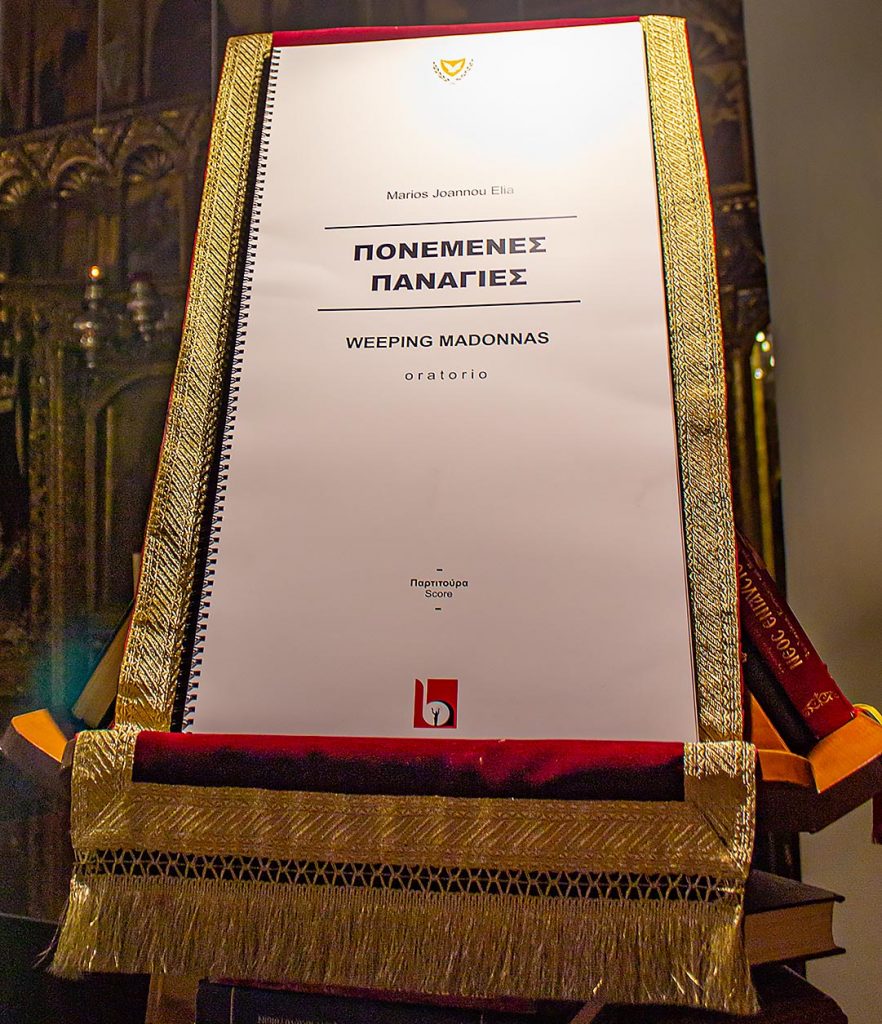 MUSIC FOR OSAKA - JAPAN OF TOMORROW

Looking back, an analogous relationship appeared in Osaka in the beginning of 17th century. There was a form of traditional Japanese puppet theatre called Bunraku (Ningyō jōruri) in which three humans and a puppet had been ‘hybridized’. The main puppeteer (omozukai) used his right hand to control the right hand of the puppet, the left puppeteer (hidarizukai) manipulated the left hand and the third one (ashizukai) operated the feet and legs.

The project involves the present architectural character of Osaka with its high-rise buildings. At the same time, it envisions the futuristic symbiosis of robots and humans (e.g. part of the orchestra and choir perform in a modern space and laboratory in the presence and interaction with robotic figures and performers (androids, geminoids, etc.).

The production is in progress (expected to be completed beginning 2022). Commissioned by Osaka University Symphony Orchestra for the City of Osaka. In collaboration with Ishiguro Lab and the Intelligent Robotics Laboratory at Osaka University. 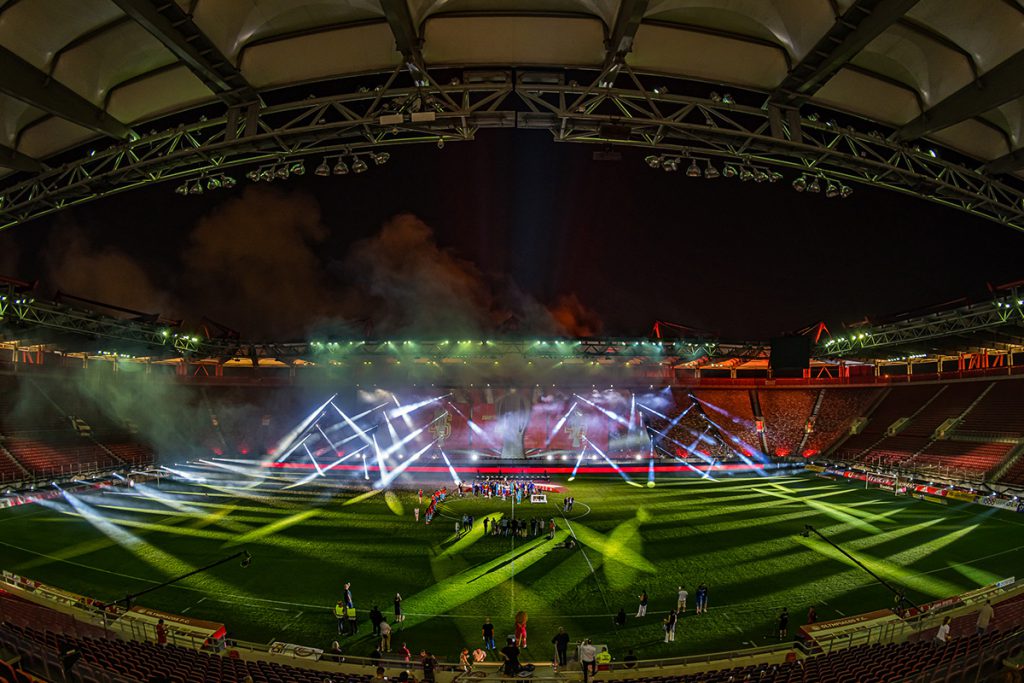 On the occasion of winning the 45th Championship of the Greek Superleague 2020 by Olympiacos FC, Marios Joannou Elia composed the music “Victory and Triumph” – for soprano, symphony orchestra, choir and drums. It had its world premiere at Karaiskakis Stadium on July 19, 2020 with which a polymedial event took place created and directed by Asteris Kutulas (“Lights of Hope – From Olympiacos to the World”). The event was broadcasted live on TV, both on NOVA and MEGA Channels.

During the composition of “Strophes” (2003), in which the architectonic features of a high-tech factory influenced various parameters of the work such as the production of sounds, Marios Joannou Elia developed the concept of polymediality. This involved two dimensions: the work-immanent compositional dimension and polymediality in the process of staging. The prefix poly denotes a qualitative paradigm shift; not a quantitative much, but a qualitative, polyaesthetic more. Written between 2007 and 2010 as a commentary focused on his opera “Die Jagd” (2008) and the orchestral piece “Akanthai” (2009), this book illuminates Elia’s concept of polymediality and, by providing a wealth of examples, how literary sources become an inherent polymedial element of his music. At the same time, the commentary elucidates a series of fundamental aspects of the music, including the model of imitative interaction, the concept of permanent fleetingness, the concept of polyaesthestics, and the question of musico-literary intermediality. [Buy] [Schott] [Read] 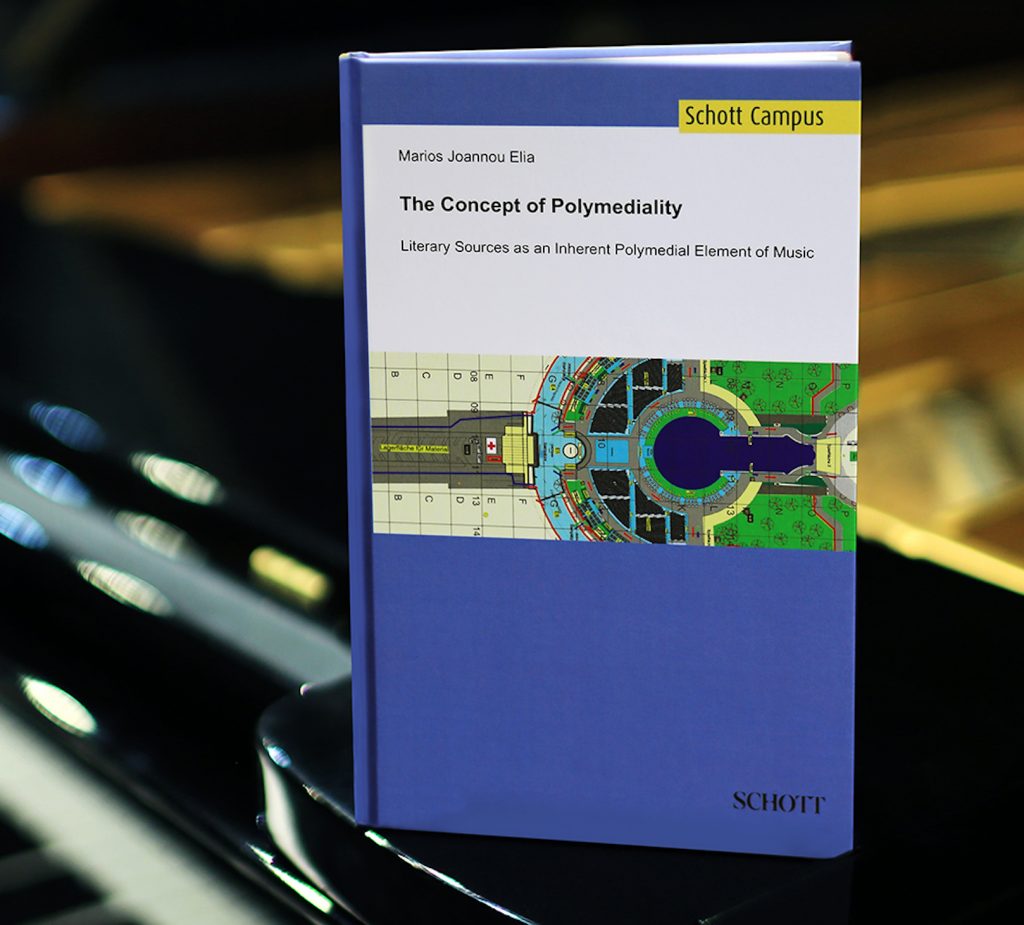 Does each city have its own sound? Driven by this question, Marios Joannou Elia, a composer of unparalleled achievements, is currently preparing to set on the quest of a new acoustic discovery at Russia’s cosmopolitan capital, Moscow. A documentary film dedicated to Elia’s work focusing on various aspects of his visionary concept “Sound of Moscow” is in planning by Takie Dela and film director Yuliya Dmitrieva.

The documentary film aims to go behind-the-scenes and follow the fascinating stage of sound exploration undertaken by Marios Joannou Elia in the Russian megalopolis. Capturing a deeply personal and emotional experience of the creator in his interaction with the city and its people, the past, present and future; the film reveals his challenging methodology that often includes risky, unexpected and avant-garde sound detective strategies. The film is expected to be produced by mid-2021.